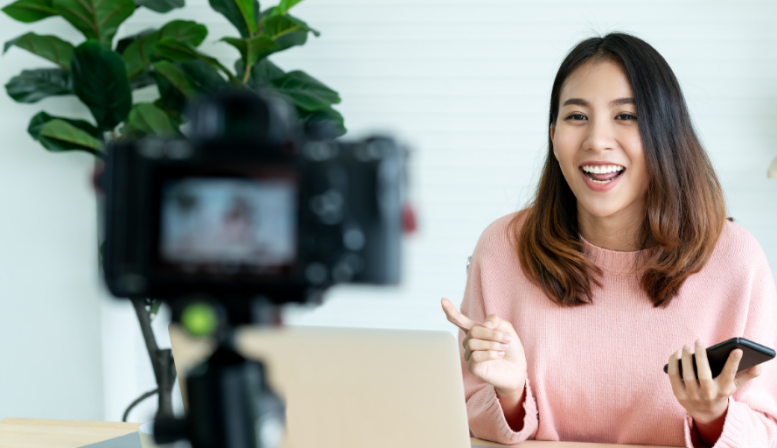 They say that practice makes perfect, and that’s never more true than when it comes to public speaking. The challenge is that nothing can really make up for the time that you spend on stage, and there’s a limit to how much we’re able to get up there and talk to people.

The good news is that there’s still plenty that we can do at home to practice, and so it’s important for us to make the time to do just that. So what exactly are our options? Let’s jump in and take a closer look. 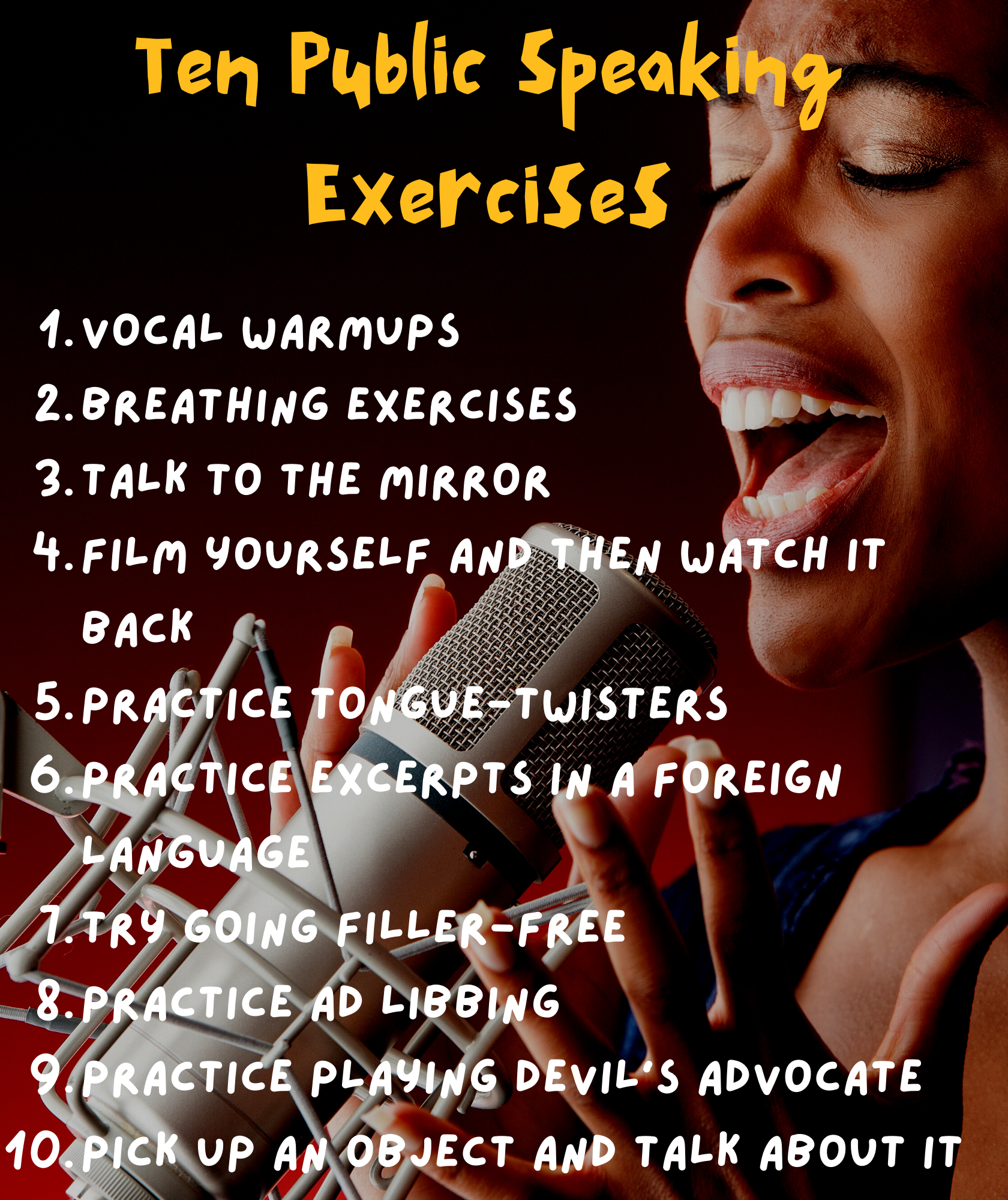 Vocal warmups are usually more associated with musicians, but public speakers can benefit from doing them too. The idea is to practice running up and down scales to loosen up your vocal cords to prepare you to perform at your best. Public speakers rarely need to hit certain notes, but it’s not a bad idea to loosen up before you go ahead and deliver your speeches. Get used to doing these warmups at home too so that you can do them at conferences without feeling uncomfortable.

Breathing exercises can help you to manage anxiety and prepare yourself for a presentation. You can carry out a simple breathing exercise by standing comfortably, relaxing your shoulders and torso and breathing slowly in and out. Breathe deeply through your nose while counting to four, then breathe out through your mouth while counting back down. Repeat as necessary.

3. Talk to the mirror

Talking to the mirror can help you to keep an eye on the way that your movements and your body language reflect what you’re talking about. When you’re talking and you’re watching yourself in the mirror, you’ll be able to get a feel for what your audience will see when you’re presenting to them. This has been a popular trick for public speakers for as long as public speaking has been a thing.

4. Film yourself and then watch it back

This is basically the 21st century equivalent of the last tip, and it’s made possible by the fact that we all carry around video cameras on our smartphones. Prop your camera up and start it recording, then film yourself giving your presentation. When you’re done, watch it back and take notes on what works and what doesn’t. Then use what you observe to improve your performances.

Practicing tongue-twisters can help you to loosen up and wrap your mind and your tongue around a few difficult phrases before you take to the stage. It’s a good idea if you regularly have to use complicated words or phrases, and it can also help you stop from talking too quickly. You might be surprised by how useful it can be.

6.  Practice excerpts in a foreign language

This builds on from that last point and is another great way of focusing on the way that you talk, rather than the actual content of it. In fact, it’s a good idea to specifically choose a language that you have no prior experience of, otherwise you’ll start to focus on the meaning and that’s not what this technique is about. Instead, the goal is to take the context out of what you’re saying and to focus purely on the delivery.

When we talk about filler words, we’re talking about words like “um” and “ah” that don’t add any value to what you’re saying. The idea behind this exercise is to talk for as long as you can without using any of these filler words. Try to get used to not using them during your regular speech so that when you go ahead and take to the stage, it’s already second nature.

Ad libbing is all about speaking “off the cuff”, and it’s basically what people do for improv shows. It’s an art form that takes a lot of practice to get right, but it’s definitely worth doing. It will help you get better at talking during panel discussions and Q&A sessions, and a lot of those skills will also carry over to your regular speaking engagements.

The idea behind being devil’s advocate is to argue for something that you’d normally argue against. It’s generally a good idea to keep this to something non-controversial, so perhaps leave politics and religion off the table. Instead, try arguing that your favorite movie sucks or that a band that you hate is the greatest on the planet.

10. Pick up an object and talk about it

This is another one of those techniques that are designed to help you to get used to improvising and talking about things without any practice or forethought. Set up a timer and see how long you can keep going, and consider combining this with tip number seven and talk without fillers. It’s surprisingly difficult, especially when you pick up something mundane like an orange or a coffee cup.

Now that you know a few of our top tips for practicing public speaking, it’s over to you so that you can give each of these a try. Consider setting a ten-day challenge and working through each of these, one day at a time. You can then concentrate on whichever exercises you find the most useful.

As always, we’d love to hear your thoughts on what we’ve talked about today, so be sure to leave a comment to let us know which of these exercises works best for you. You can also follow us on your favorite social networking sites for further updates. We’ll see you soon!

I am an authentic educator who enjoys helping others win, because when one wins, we all win!