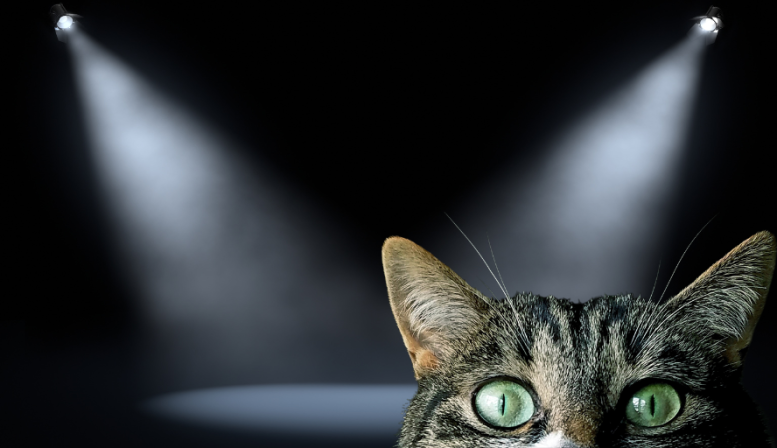 The internet loves cats, and we’re no different. Chuckling at memes and cooing over cute photos is one thing, but learning lessons from them that we can apply to our professional lives is something else entirely.

Now, by this point, you might be thinking that we’ve gone crazy from looking at too many cats, but bear with us here. If you know where to look, there are actually a ton of lessons that you can learn from cats that you can apply to your work.

The saying goes that curiosity killed the cat, but we all know that’s not true. In fact, cats are naturally curious animals that love to investigate things, which is why they poke their little noses into all sorts of unusual places. Public speakers can learn from this by staying curious at all times and spending time learning things that they didn’t know before, even if it feels as though it’s not relevant to what they actually talk about.

Cats love to stretch, which is why it’s one of the first things that they do when they wake up. We should do the same thing, but not only when we first wake up. Like athletes doing warm-ups before big competitions, public speakers should warm up before they take to the stage. It can be a good idea to stretch our limbs and to make sure that we’re physically ready, but it’s also a good idea to do vocal warmups to make sure that we’re ready to speak at length.

Cats are infamous for spending most of their time either sleeping (more on that later) or cleaning themselves, and this is a reminder that we need to ensure that our appearance is up to scratch if we’re going to stand up in front of people and talk to them. As much as it would be nice to live in a world where people don’t judge each other on appearances, they do – and because of that, if you show up to an important speech looking scruffy, people are going to be less willing to listen to what you have to say.

4. We need to make the time to rest and recuperate

Building on what we just talked about, it’s vital for us all to make like a cat and spend some time resting and recovering. Cats spend more time sleeping than doing anything else, and while we’re not saying you should spend eighteen hours a day in your bed, you do need to ensure that you’re getting a good night’s sleep. Without that, you’re going to struggle to focus on your presentations and be at your professional best.

Cats are often said to be indifferent. The truth is, though, that cats are immensely appreciative creatures, which is why they purr when they’re happy and why they rub their heads against our legs when we’re trying to do the housework. We can learn from that by being appreciative ourselves and for thanking people when they help us out.

6. We should stay playful

Even the oldest of cats can be pretty playful, which is why cat owners spend a fortune on toys, laser pointers and other goodies that their cats can play with. Even an empty cardboard box is an exciting toy for a cat. We can learn from that by being playful ourselves, taking time out from the hustle and bustle of day-to-day life to indulge in our hobbies or mess around with a new gadget that we’ve never tried before.

Cats are 90% attitude, and it’s their attitude that tends to stick with us, and that we think about when we picture a cat. There is a great lesson for public speakers here, because imposter syndrome and self-doubt can easily cripple us and stop us from taking opportunities that come our way. Instead, we need to believe in ourselves and to show it, faking it until we make it if we have to. As cats have already learned, attitude trumps all.

8. You need to make your own decisions

Decision-making is vital in everything we do, and that’s never truer than when it comes to being a thought-leader and public speaker. Cats are fiercely independent creatures and there’s a lot that we can learn from them. We need to be fiercely independent ourselves, making decisions and sticking by them.

9. We deserve the best

Comic fantasy author Terry Pratchett once wrote, “In ancient times cats were worshiped as gods; they have not forgotten this.” Every cat knows that it deserves the best, which is why they turn their noses up if we get them the budget cat food instead of the premium one. It’s easy for us to forget that we, as human beings, are the same – we deserve the best that we’re able to give ourselves, and public speaking can be a great means to an end to get us there.

Now that you know a few of the public speaking lessons that cats can teach us, it’s over to you. What do you think we can learn from cats? And will you be applying anything that you’ve learned today to your preparation?

As always, we’d love to keep the discussion going, so be sure to let us know your thoughts in the comments. You can also follow us on your favorite social networking sites for more. We’ll see you soon!

Motivation and inspiration for teachers and parents.