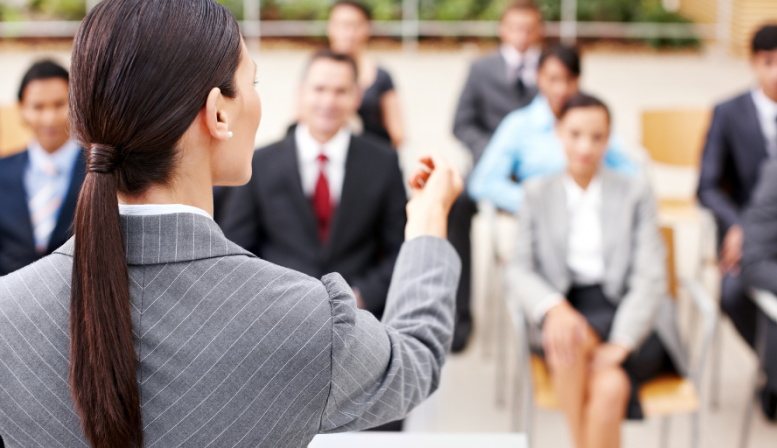 But it’s easy to forget that the very act of public speaking can also teach us a lot about ourselves and the world around us. Even the world’s most successful and accomplished public speakers still learn new things every day, and it’s this commitment to learning that helps them to stay at the top of their game.

So with that in mind, in today’s article, we’re going to take a look at a few of the things that public speaking can teach you. 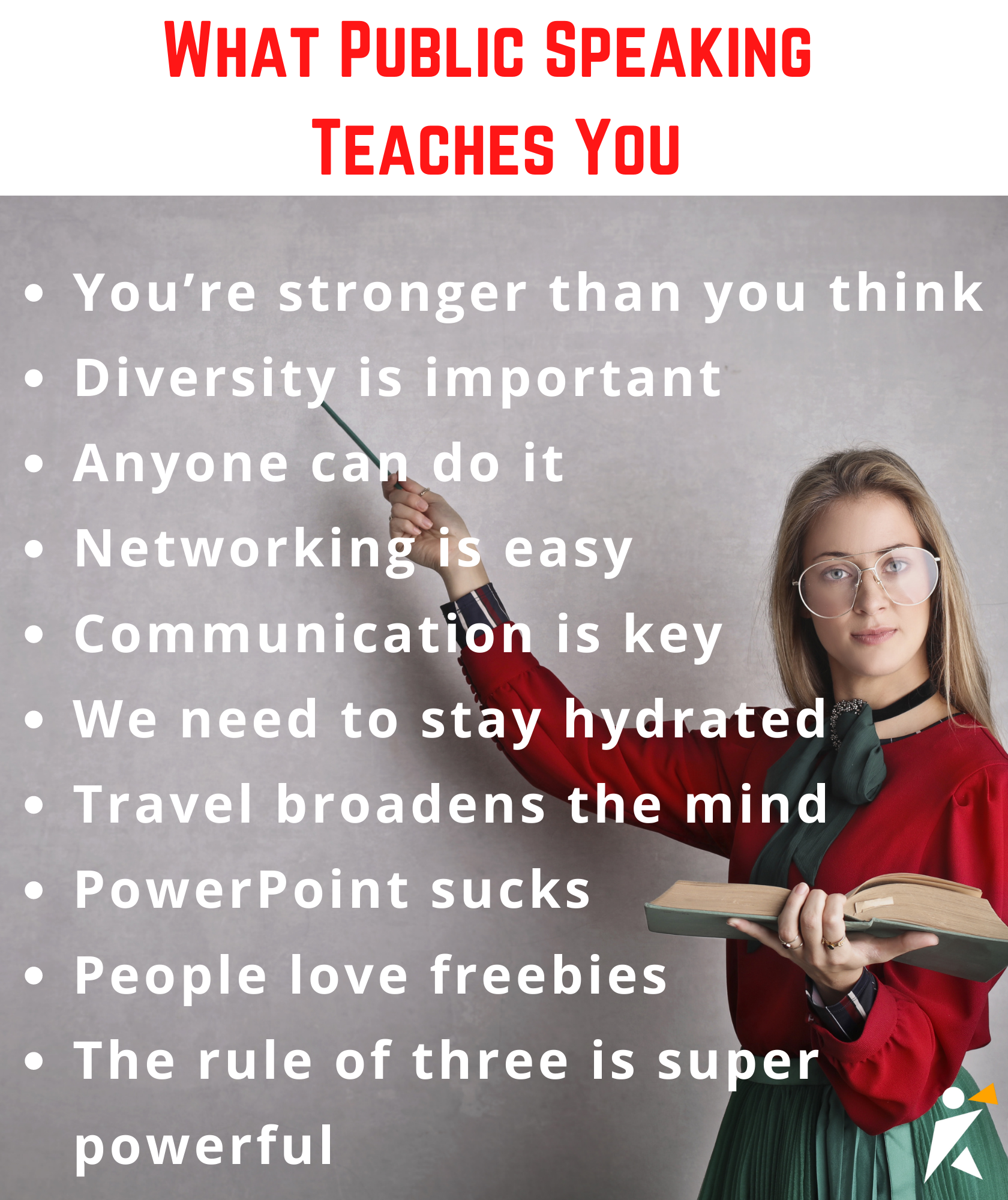 You’re stronger than you think

The fear of public speaking is the world’s most common phobia, affecting nearly three-quarters of the world’s population. Even if we assume that those people who gravitate toward public speaking are more likely to belong to that final quarter, we can still safely say that a lot of speakers still suffer from this phobia. By taking to the stage anyway and still delivering your talk, you can overcome that fear and prove to yourself that you’re stronger than you think.

There’s a reason why conferences go out of their way to book a diverse selection of speakers, focusing on getting a more equal representation of genders, ethnicities and sexual orientations. This helps to ensure that no single group hogs the air time. Different people have different ideas, and ensuring that there’s plenty of diversity helps to ensure that event attendees are exposed to as many different ideas as possible. Working in this environment helps reinforce in your thoughts the importance of diversity.

Anyone can do it

For those of us who are dealing with imposter’s syndrome, where we have a little voice in the back of our head that tells us that we can’t stand up in front of an audience, it’s easy to start believing those lies. But the truth is that anyone can deliver a decent talk as long as they’re able to overcome those fears. We owe it to ourselves and people we can help to not give in to self-doubt.

Networking isn’t always easy, but it’s made much, much easier when you’re a speaker at an event. People will go out of their way to speak to you and to pick your brain after your talks, and you’ll find yourself naturally being thrust into situations in which you network with other people. It’s particularly worth having a chat with other speakers and event organizers.

We’ve all heard about how important communication is, but it’s only when we start to deliver talks at events that we can see just how important it is. Communication makes the difference between a good presentation and a bad one, and if you’re able to succinctly communicate the key points that you want to share with people, they’re going to take your message away with them.

We need to stay hydrated

This is another one of those points where we all know that it’s important, but it takes being a public speaker to know just how important it is. There are all sorts of benefits to staying hydrated, from more energy to improved brain performance. But specifically for public speakers, drinking plenty of water is important because otherwise, you’ll quickly lose your voice and find it difficult to keep speaking.

We’ve all heard of the concept of travel broadening the mind. When we take our talks on the road and start to visit different locations, we start to see just how much we can learn and experience by traveling. We can also learn a heck of a lot from the other speakers. When we put it all together, we’re able to expand our minds as a matter of course, learning new things every single day.

Let’s face it: nobody likes PowerPoint. Most public speakers are sick of the sight of it and only use it reluctantly, but we shouldn’t forget that our audiences are sick of PowerPoint, too. There are other alternatives out there like Prezi, but the best option is to become so engaging and so proficient at public speaking that we don’t need slides at all.

We all love a freebie, and it’s often the conferences that give things away that stand out the most in our memory. It’s also important to bear in mind that at most public speaking gigs, people have spent a significant amount of money to be in the audience. Giving out freebies cuts into your profit – but it’s worth it for the effect it has and how memorable those freebies can be. If you’re a speaker, consider investing part of your speaking fee into making merch that you can give out to people.

The rule of three is super powerful

We’ve talked about the rule of three in the past, and there’s a good reason for that. It’s one of the most powerful tools that public speakers have available to them. The more you use it, the more you’ll see how effective it can be. The general idea is that people are more likely to remember information when it’s grouped together into threes, which is why we see it so often in storytelling (e.g. The Three Little Pigs and Goldilocks and the Three Bears). Give it a try!

Now that you know a few of the things that public speaking can teach you, it’s over to you so that you can keep the discussion going. As always, we’d love to hear your thoughts, so be sure to let us know what you think in the comments.

You can also follow us on your social networking sites of choice for more. We’ll see you soon for another article!

I am unapologetic about my humanity, and yours. Let's work together to create human-centric orgs.