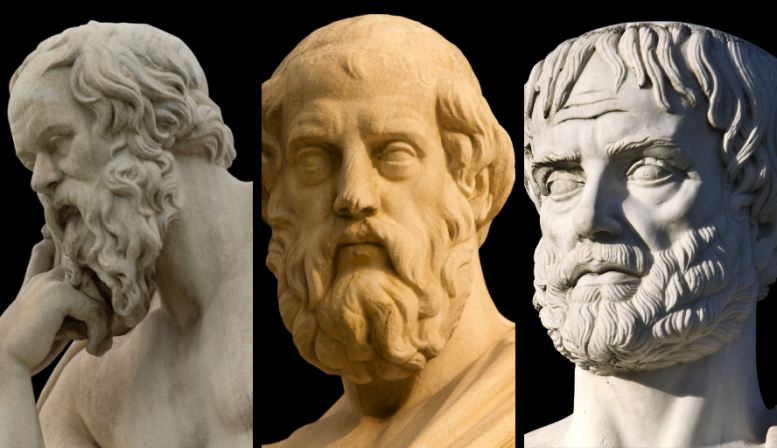 Not a lot of people realize this, but Socrates taught Plato, Plato taught Aristotle, and Aristotle taught Alexander the Great. Because of that, there’s a direct chain of knowledge that ties together a few of the most influential people in history.

And most people also don’t realize that Socrates, Plato, and Aristotle have a whole heap of public speaking knowledge to share with us, and that’s where this week’s article comes in. And so without further ado, let’s take a look at the public speaking lessons on offer from these three Greek philosophers. 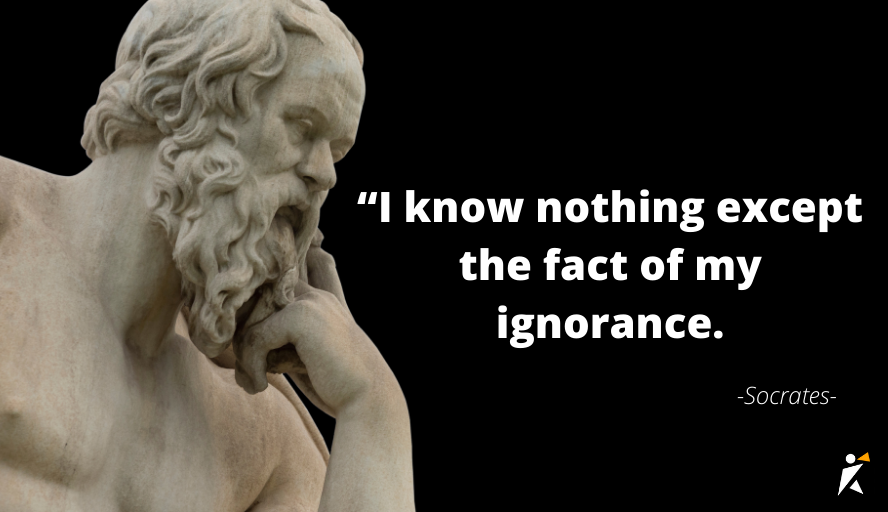 Socrates is perhaps the most well-known and influential philosopher that the world has ever seen. He was the founder of Western philosophy and one of the first ever moral philosophers. As an old man, he was accused of corrupting the youth and sentenced to death, refusing offers to help him escape. But what can he teach us from his life?

One of Socrates most famous quotes is, “I know nothing except the fact of my ignorance.” The idea that we can only know that we don’t know anything is a lesson in humility that can help public speakers to remain grounded and remind them of the need to constantly learn new things.

He also said, “Do not do to others what angers you if done to you by others.” It’s a reminder that we should treat people the way that we expect to be treated, and it can be useful for public speakers when they’re attending events. As tempting as it is to flip through your notes when someone else is presenting, be sure to give them the courtesy of offering up your undivided attention.

Another of Socrates’ oft repeated pearls of wisdom is that we all have two ears, two eyes and only one tongue. According to Socrates, this means that we should listen and hear more than we should speak. Public speakers make a living from speaking (the clue is in the name), and so we can often be tempted to spend a lot of our time talking. We just need to also make sure that we take the time to listen. 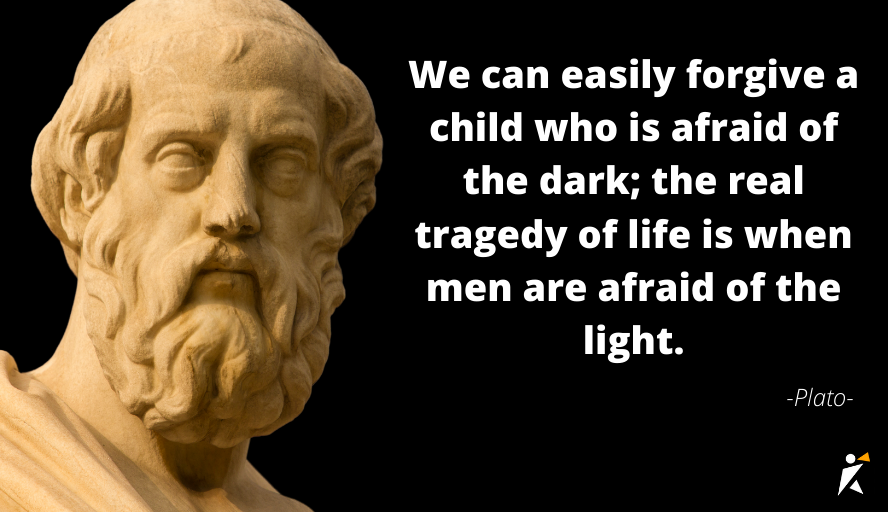 Plato was Socrates’ most famous student, and it’s thanks to Plato’s writing that we know as much as we do about the father of philosophy. He created the Academy, which was essentially the world’s first university, and he’s one of the few ancient philosophers whose work has survived until the modern day.

One of Plato’s famous quotes is, “We can easily forgive a child who is afraid of the dark; the real tragedy of life is when men are afraid of the light.” This is a reminder to us that leaders and public speakers need to face up to their fears and to embrace challenges, rather than shying away from them. They need to say it how it is, even when the consensus is against them.

Plato also said, “Be kind, for everyone you meet is fighting a harder battle.” As well as being wise words that we can apply to our day-to-day lives, this can also help public speakers to remember that their audience doesn’t have the same level of expertise that they do. They need to be kind to their audience and to be as helpful as possible, while not overwhelming them with information. It’s a difficult balance to find.

And of course, we still have one more Greek to take a look at, and so we’re going to leave Plato with this quote that speaks for itself: “Do not train a child to learn by force or harshness, but direct them to it by what amuses their minds, so that you may be better able to discover with accuracy the peculiar bent of the genius of each.” 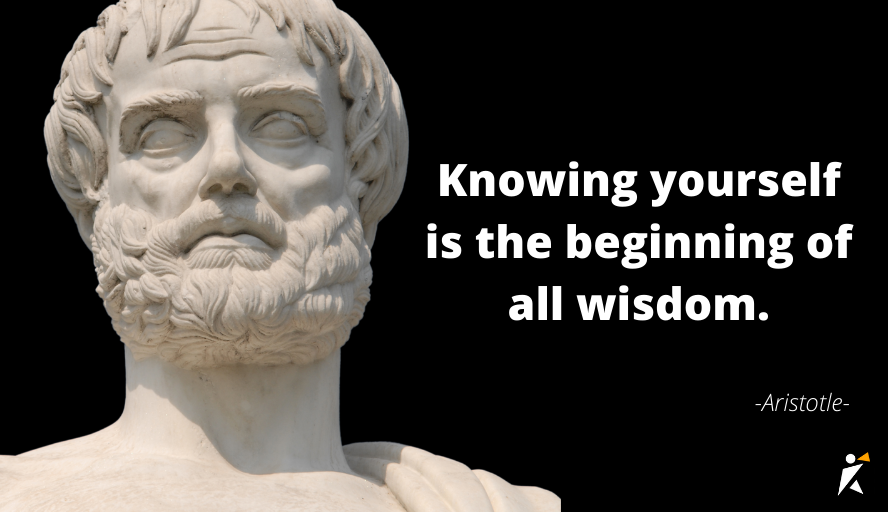 Aristotle was the founder of the Lyceum and a versatile writer who covered everything from the sciences to logic, poetry, psychology, linguistics, and the management of government. We don’t know too much about his life, but we do know a fair amount about his teachings. He’s been called the father of everything from biology to zoology, natural law, and the scientific method.

So what does he have to teach us? For a start, there’s his quote that goes, “Knowing yourself is the beginning of all wisdom.” For public speakers, this is a reminder that we need to have a strong sense of self before we’re ready to stand up in front of people. By knowing ourselves and knowing our subject matter, we’re in the best possible place to share our wisdom.

Aristotle also said, “Educating the mind without educating the heart is no education at all.” This is useful because it helps us to remember that business is about heart as much as it is about brains. The best leaders bring a little bit of both to the table, and that’s reflected in their businesses. Many of the most iconic businesses in the world have social and ethical goals.

The final quote that we’re going to share today goes like this: “Excellence is never an accident. It is always the result of high intention, sincere effort, and intelligent execution. It represents the wise choice of many alternatives. Choice, not chance, determines your destiny.”

So what does this mean for public speakers? Well, it means that if you want to excel in your field, you’re going to have to rely on high intention, sincere effort and intelligent execution. You’re not going to get to the top of your field by accident or luck.

As always, be sure to let us know your thoughts by leaving a comment so that we can keep the discussion going. You can also follow us on your favorite social networking sites for more. We’ll see you soon!

The world's most amazing motivational speaker: what we can learn from Gandhi

How do we achieve our dreams and goals as a speaker? The inspiring story of Dale Carnegie's road to success

I bring energy and humor on my interactions. We learn and we have fun

I am a former senior executive and regularly deliver executive keynotes for over 20 years.