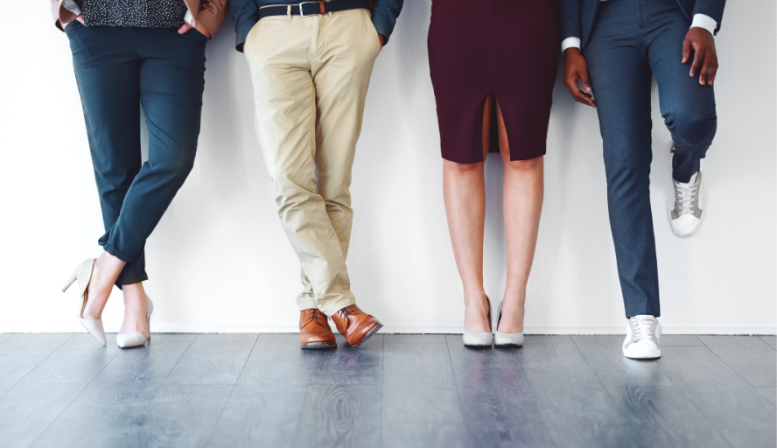 Body language is one of those things that everyone knows about but that most people don’t actually know about. We’ve all heard of it, we all have a rough idea of what it is and how it works, but not many people take the time to investigate the subject in detail and to put what they learn into practice.

The clue here is in the name: body language. Whether we’re aware of it or not, our bodies communicate what we’re thinking, often more efficiently than words can.

When someone smiles but their eyes don’t, we notice it. And when we’re sitting around a table for a business meeting, we pick up on subconscious cues and start to imitate each other. When someone yawns, so does everyone else, but yawns aren’t contagious in themselves – body language is.

And so with that in mind, let’s take a closer look at how body language works, along with the body language hacks that public speakers can use to more efficiently communicate their message.

Body language is older than language itself, going all the way back to when pre-historic man could only communicate with non-verbal signals, such as by pointing or smiling. Many facial expressions are universal, too. For example, we can tell whether someone who speaks a different language to us is in pain just by looking at their face.

In fact, our early ancestors who could understand and share body language had an evolutionary advantage, because it meant that they could more easily work in teams, belong to groups, and increase the likelihood of their genes being passed on.

It’s believed that because communication skills required processing power, it led to our brains increasing in size. By 200,000 years ago, homo erectus had evolved into homo sapiens, but they were still communicating primarily via body language. It wasn’t until around 50,000 years ago that we started using what we’d recognize today as language.

Interestingly enough, language and body language continued to evolve together, and these days they go hand-in-hand. For example, people can try to lie using verbal language, but their body language may betray them. If we want to get a truer idea of what people are thinking, we need to consider them both.

Let’s take a look at some of the different hacks that we can use to take advantage of our knowledge of these different disciplines.

The Hacks You Need to Know 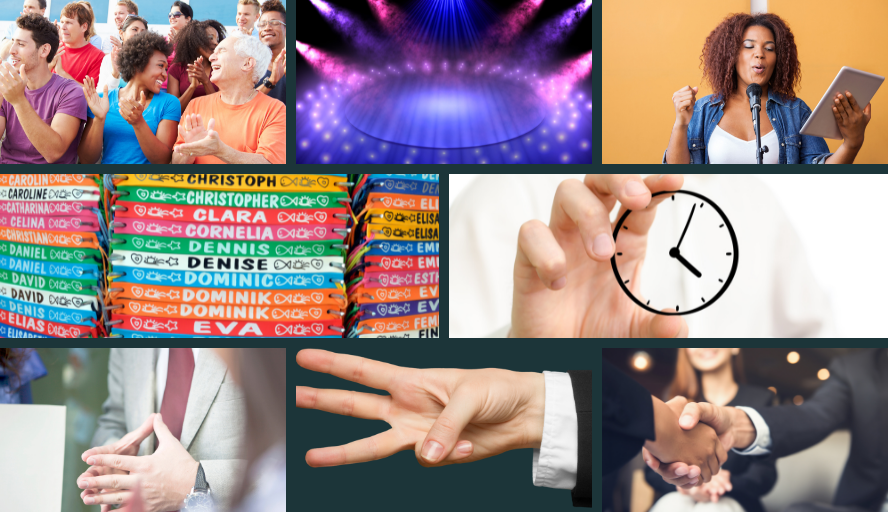 Mirroring is one of the big open secrets in the public speaking world, especially for smaller, more intimate settings, or when taking part in panel discussions. The idea is that you can build rapport with someone by mirroring their body language, so if they lean forward in their seat, then you can try doing the same.

This is obviously impractical for larger public speaking engagements, but getting used to mirroring in other settings will get you paying attention to your body language and the messages that it’s conveying until it becomes second nature.

2. Use all of the space available to you

Building on our knowledge of proxemics, the idea of using all of the space available to you sends out a subconscious signal that you’re comfortable in the space that you’re occupying.

We’ve all seen keynotes and other presentations where the speaker has stood behind the lectern for their entire talk, and that can leave them looking small and stilted on the stage. It’s almost as though they need something to hide behind. Instead, by making use of all of the space available to you and strolling around the stage, you’ll put on a much more dynamic performance.

If someone’s talking in a dull monotone, it can be easy to switch off and stop paying attention to what they’re talking about. That’s why it’s a good idea to vary your speech by adjusting pitch, volume, and delivery depending upon what you’re talking about.

For example, if you’re trying to get three key points across, you’ll want to raise your voice when you mention them to draw attention to them. Feel free to allow your excitement to come across in the way that you talk and to inject your voice with emotion because it will help people to engage with what you’re saying.

4. Address people by their names

Dale Carnegie, the author of How to Win Friends and Influence People, famously said, “A person's name is to that person the sweetest and most important sound in any language.” When we use people’s names, we acknowledge their humanity and show that they’re important to us – or at least important enough for us to remember who they are.

Public speakers can use this trick in all settings, whether it’s during a panel discussion or whether it’s when responding to questions from an audience. One way to remember names quickly is to repeat them three times to yourself when you first hear them. Even better, if you have a pen and paper, write them down.

We’ve already mentioned chronemics and the role of time in communication, so let’s have a think about how we can use that. In your public speaking engagements, you can take advantage of time by using pauses for dramatic effect, or talking faster and slower as needed. Just remember that if we pause for too long, it can become tense and people will be tempted to fill in the silence. If you pause for too long on stage, you risk being heckled or interrupted by coughs and nervous laughter.

As with some of the other hacks that we’ve talked about, using gestures will help you to get your point across and to make the subjects you cover more memorable. In fact, this is a method frequently used by politicians. Try watching a politician speak, put the volume on mute, and you’ll quickly see what we mean.

Bear in mind that some gestures aren’t universal and can mean different things in different cultures. For example, in Greece, Latin America, the Middle East, and Russia, the thumbs-up signal means the same as a middle-finger gesture in the U.S. Always be mindful of the culture of your audience when you’re speaking.

7. The rule of three

We talked about the rule of three in our last post, and so you can check that if you’re looking for more information. Put simply, though, the idea is that grouping information into three categories makes it easier to remember. That’s the reason why a lot of brand slogans use three words and why we often see speakers talking about three golden rules.

You can take advantage of haptics by meeting up with audience members after your talk is over and shaking hands with them. Alternatively, if you’re giving a talk to a smaller audience and it’s a more intimate setting, don’t be afraid to use touch to emphasize your points or to build rapport, such as by touching someone briefly on the arm while laughing at one of their jokes.

Just note that different people and people from different cultures react differently to touch, and so you’ll also want to read the room and even to go back to the mirroring that we talked about earlier. If you notice that someone else often uses haptics during their communication and it goes down well, it’s a pretty good bet that they’ll respond well if you do the same.

Now that you know a little bit more about the history of body language and how it all comes together for public speakers, it’s over to you so that you can put these hacks into practice during your next presentation.

In the meantime, we’d love to hear from you, so be sure to drop us a comment to let us know the body language hacks that you use so that we can keep the discussion going. Until next time! 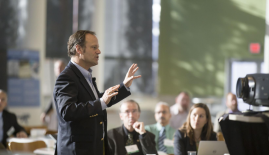 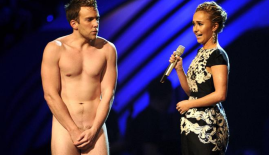 How to present naked

I don’t tell young people what can go wrong I show them, my blindness brings home my message.