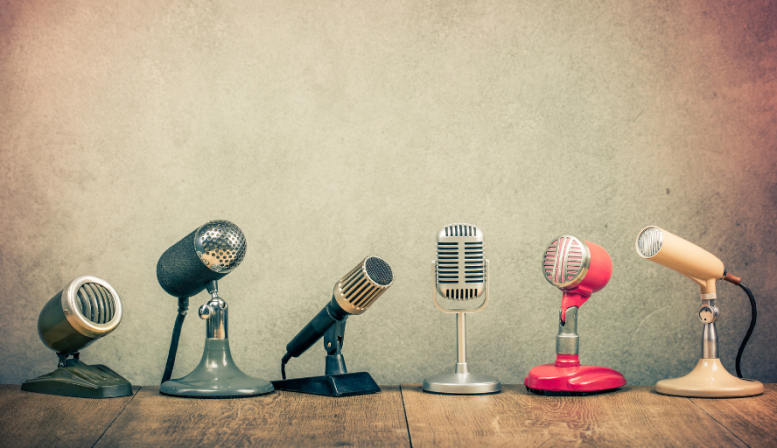 In January 2021, the reports about the state of the creative sector were gloomy. They still are. This comes as no surprise given that the creative and cultural sectors were the first to have their activities suspended at the start of the pandemic, and the last scheduled to reopen with the ease of restrictions.

According to a document published by OECD in September of last year, “cultural and creative sectors are among the most affected by the current crisis, with jobs at risk ranging from 0.8 to 5.5% of employment” across different regions of the globe. The same document points at how the health crisis highlighted the precariousness of the forms of employment and business models in the creative sector, as well as the failure of governments to respond with adequate policies.

Prior to the pandemic, the creative sector was expanding quickly. In Europe, it had recorded a 2.6% growth per year over six consecutive years. It accounted for about 4.4% of the EU’s overall GDP, according to the accountancy firm EY. That all changed in 2020 when the performing arts saw their revenues collapsing by 90% and the music industry by 76%. Though lockdowns and isolation were expected to encourage the consumption of digital cultural products or cultural products that could be consumed from home, visual arts, books, the press, films, and TV also registered declines of between 20% and 40%. Only video games saw turnover rise by 9%. As a result, these industries are in dire need of government funding if they are to bounce back as quickly as demand requires it.

In North America, a study conducted by Richard Florida and Michael Seman reports losses across the board: 2.7 million jobs, nearly a third of all jobs in the creative industries, and more than $150 billion in sales of goods and services, i.e. 9% of annual sales. In terms of absolute losses per state, California was the worst hit, followed by New York and Texas.

All studies have concluded that without substantial government support, it will be difficult for the creative sector to become economically viable again and spur innovation as it once did. What has been irretrievably lost and how long it will take the industry to recover remains to be seen.

I will look at how events in the creative industries respond to the crisis in 2021. Known for its resiliency, the creative sector is likely to come back stronger than before. Although it’s one of the most versatile and innovative industries, long-term predictions are nearly impossible. A look at the first tendencies in events is a good starting point to help speakers understand what twists and turns they might expect. Two of the biggest creative conferences of the year—SXSW and the Adobe Summit—have already happened during the spring. SXSW has already announced dates for next year and it’s scheduled for March 11–20. The dates for next year’s Adobe Summit are not yet known. This means that if you’re aiming high and want to get speaking gigs at these events, you have plenty of the time to prepare your pitch, get in touch with the right people and even add a few other gigs to your portfolio. Here are some ideas of opportunities that are still up for grabs.

INBOUND is happening online from October 12-14 of this year. If you’re not intimidated by celebrities, then you won’t have a problem sharing a platform and an audience with the likes of Oprah Winfrey and Hasan Minhaj along with many other speakers from companies like LinkedIn, HubSpot, Zapier, Shopify, etc. Hosted by HubSpot this conference has a specific focus on marketing and sales. It doesn’t address the creative industries specifically, but it surely remains in the creative realm of building sustainable businesses and brands.

DESIGN MATTERS is coming back to Copenhagen from September 29-30. With a strong focus on digital design, the conference has been around since 2015 and has even managed to pull out a two-day event in Tokyo right before the pandemic hit. It aims to create a community of knowledgeable professionals, creative and curious minds united by their passion for digital design, technology, art, and society, and boasts to be “made for designers, by designers”. If you have a background in the creative industries and want to share your expertise, this is one of the best platforms you can find. This year’s themes are The Design Code, Post-Pandemic Design, and Colors! You can check who is part of the line-up to see whether you fit in with the crowd.

INTERNATIONAL DESIGN CONFERENCE is a global virtual event taking place September 22-23. It’s accompanied by an Education Symposium that seeks to foster collaborations for systematic change in light of the shift to virtual connectivity that the pandemic has brought about. The conference brings on stage a wide range of speakers from the academic field, as well as designers and founders working in the creative industries. This combination sounds like a recipe for success and a great opportunity to find a place as a speaker no matter your background.

ADOBE MAX will again be a free virtual event this year, from Oct 26–28. If you’ve missed their summit, this is your second chance to get on the Adobe stage and address a large audience coming from all corners of the world and all walks of life. There is hardly any creative conference out there that can offer more exposure in the creative industries than an Adobe conference. The impressive line-up gathering the likes of Scott Belsky, Aaron Draplin, Paula Scher, and Annie Atkins might be intimidating or it might be the best motivation to try and get in there.

SUMMIT PALM DESERT is hosted in La Quinta, CA in what looks like an idyllic setting, promising to transform La Quinta Resort’s casitas, villas, courtyards, and swimming pools into Summit neighborhoods. It sounds like a great place in which to spend three days, from November 11-14. The line-up has not yet been announced which is great news for those of you who fit the profile of this summit and would like to secure a speaker slot this year. Head over to their website to nominate yourself as a speaker. The number of conferences postponed to 2022 is already an indicator of the time the industry needs to recover from the shock of 2020.  Here are a few that are already working hard on their comeback in 2022.

CIRCLES CONFERENCE plans a comeback in September 2022 with a topical theme Unmasked, a nod to the struggles the entire world has been through in the past two years and the hope that innovation will stem from constraints. Some speakers have already been announced, and though it might seem too early to make plans, it’s best you start forging those connections if you plan to join the panel.

A division of Under Consideration, BRAND NEW CONFERENCE zooms in on corporate and brand identity and gathers some of the world’s most active and influential practitioners in the field of branding and brand identity. The two-day event, running since 2010, has a jam-packed schedule with eight sessions each day hosted by branding professionals from global consultancies, in-house groups, and even small firms. If you’d like to join this diverse crowd, you can start following the organizers Armin Vit and Bryony Gomez-Palacio.

While the twin Summit Palm Desert is going ahead this year, the organizers decided to postpone Summit at Sea for May 12-15, 2022.

We are still to hear news from several big conferences about their upcoming editions. Awwwards, Cre8con, Creative Works and Eyeo Festival have not yet announced any dates for this year, which means they will most likely be postponed as well. We’ll keep our fingers crossed they announce new dates soon and speakers will once again have a wealth of choice. Until then, do what you can from home: get creative with your speeches, presentations, and approaches to be ready for the big return of the industry. It will surely be a monumental one.

I will uplift and inspire your audience through my experience and story.

Trauma, addiction, mental illness, and a career in the Department of Corrections, and recovery.