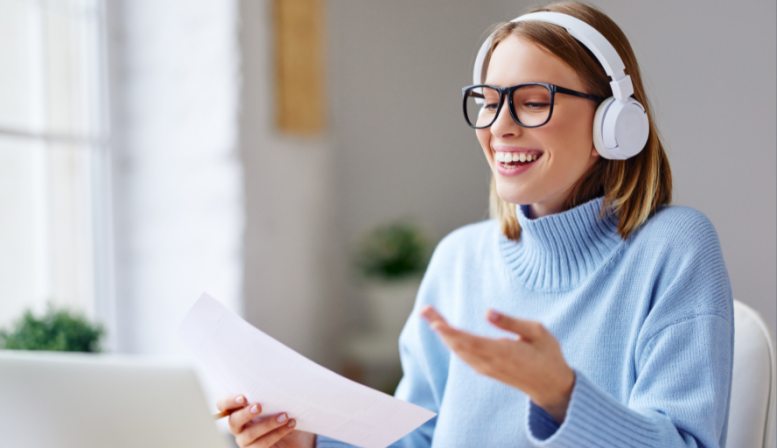 The world we live in has changed significantly over the last couple of decades. The rise of digital technology has transformed how we go about so many of our activities, including the way we approach public speaking. This isn’t entirely unprecedented, of course. The state of public discourse has shifted alongside every new form of media that we’ve embraced — whether it’s been newspapers, radio, television, or the tools available through the internet.

However, the technological landscape that has given rise to social media has not just caused a shift but a leap in public speaking. Alongside online tools that facilitate discussion, these platforms help to bring ideas to global audiences and encourage participation. That doesn’t mean that the results are always positive, as with any relatively new media, we’re still finding our way to use it effectively. But that’s part of what makes this a fascinating time.

Let’s take a closer look at how digital public speaking has changed as a result of social media.

One of the primary ways our digital age has impacted public speaking has been through video streaming. From TED Talks to YouTube, we can transmit ideas to worldwide audiences. The vast majority of people own at least one piece of equipment — whether a laptop, tablet device, or smartphone — that both records video and can stream it online. However, social media has also been instrumental in influencing the use of streamed public speaking.

TikTok and Instagram both offer prerecorded and live options to stream video. For the former though, there are time limits imposed. This has meant that public speakers on these platforms have to be well prepared and very confident that they can perform in a live scenario, condensing their message into shorter, hard-hitting footage where required. A time limit isn’t necessarily a bad thing for public speaking though. It enforces working large concepts into a more crystallized, consumable, and shareable form.

That said, social media has also produced a competitive atmosphere for streamed public speaking. At a time when everyone has a voice, extra effort is required to rise above the noise. Fortunately, social media also tends to be a useful tool for marketing, with public speakers able to develop brand awareness for their approach. This can take some planning, but many platforms have built-in analytics tools that can be used to direct campaigns that encourage engagement and draw targeted demographics toward your content. When done well, your brand can be bolstered by sponsored and user-generated content that provides a regular schedule of streams to keep audiences connected to your channels.

Social media shouldn’t just be seen as a platform to present and promote your public speaking. The clue is in the name; it is a more social form of communication. As such, one of the ways that it has had the greatest impact is in supporting a true open discourse. While with other forms of media — radio, television, newspapers — public speaking has been, primarily, a one-sided affair, social media makes it much more of an active global discussion.

This makes for a far richer public speaking experience. Yes, speakers will have well-researched ideas that they want to share with the wider populace, but these don’t tend to thrive in a vacuum. Social media helps for the concepts that are presented not just to spread to a passive audience, but also develop through the contributions and experiences that others lend to the discussion. Social media discussions may also provide speakers with insights into aspects of their topic or area of expertise that they hadn’t previously considered, giving vital opportunities to deepen their personal understanding and develop their ideas further.

That said, open public discourse is not without its challenges. Trolling and toxicity are almost inescapable parts of the social media landscape. It is not uncommon for talented and vital voices to be discouraged, and even for those people to suffer mental unwellness due to abuse. The long-term harassment campaign against female games industry journalists and commentators, known as Gamergate, is a prime example of this. On some platforms, like Twitter and YouTube, comments can be disabled, but this prevents the aforementioned value that can be had from open dialogue. For public speakers, social media can be both a boon and a stressful battleground.

Digital public speaking combined with social media is now a vital source of information. In a world that is so reliant upon getting its education and news from online sources, those engaging in public speaking have a grave ethical responsibility. Posts on social media can spread around the world in seconds, and the accuracy of these can have either an enriching or damaging effect on the cultural landscape.

In some ways, this can see public speakers becoming participants in the current wave of mobile journalism. Speakers can use their smartphones to livestream about events as they are happening — either on the physical site of an event or from their own homes. This means that there is a more democratized approach, as contributors are less influenced by the commercial or political interests of networks. It’s a generally positive way for contributors to speak about topics they are passionate about using current events as context to illustrate them.

However, it’s just as important for public speakers to recognize the limits of social media as a positive platform for information and education. The rise of sponsored content, in particular, presents an ethical issue — an audience that trusts you to highlight discussion points deserves content that isn’t informed by ulterior motives. To maintain credibility, contributors must be clear when a piece of content has been backed by a commercial entity and how this has affected the piece being produced.

The rise of our digital landscape has presented some incredible opportunities for public speaking, much of which has been informed and affected by social media. These platforms provide access to global audiences and have stimulated — for better and worse — an active public dialogue. However, with an understanding of the responsibilities this greater access and influence over a global audience has, public speakers can continue to utilize it as a positive tool for discourse.

Amanda Winstead is a writer focusing on many topics including business and professional development. Along with writing she enjoys traveling, reading, working out, and going to concerts. If you want to follow her writing journey, or even just say hi you can find her on Twitter.

I'm chosen by orgs for my energy, ability to connect at all levels, expertise, humor and candor!

Acclaimed TED speaker and one of very few leadership researchers with experience as a corporate CEO.